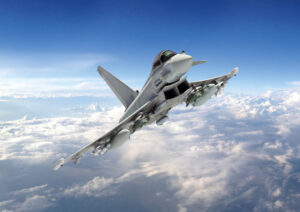 The Typhoon 1.0 Portal release was implemented as planned on the evening of 03/06/2021 with new functionality and bug fixes.

This PBI facilitates updating the hangfire job ‘Update Subscription Details’ to account for new API to be released by MS, the new API will be used for new subscriptions following deployment, and existing subscriptions will continue to use the existing Get-MsolSubscriptions .

This PBI is implemented to change the ordering of the questionnaire in the Step 0 of care provider page and the tool tip changes in the subsequent steps.

This PBI allow social care self-registration to proceed through even if DSPT question is selected as ‘No’ until the waiver period. The waiver period is set to 30/06/2021 as of now

47777 – Typhoon: Create/Migrate : National Policy update is throwing error , when a member in it is NON-AUP accepted

As a part of the fix now the performance of the security hangfire job will be increased, and it will take less time to process the users per organisations while applying security group policies.

47491 – Sentry: MO: Regression: Include SDL in DDL: Mails sent are received by users other than target users

After the bug fix, the Mails should flow to specific members who are a part of the DDL even when the SDL is included in the rule builder.

After the fix, the user who is added as a sponsor to an external organization cannot be marked as a leaver, from the user edit page.

39405 – Teams Groups cannot be updated via the portal UI if they contain guest users (or non-nhs.net users)

After the fix, teams can be updated successfully, even if it contains guest users who were added via the tenant.

After the fix, the user will be able to view appropriate results without any duplicate results of teams.

After the fix, the DL will be deleted from the search result and portal as soon the delete action is performed.

After the fix, the update button in SharePoint edit page will be disabled if current maximum quota has already reached.

A fix is given to display the error message only when the user tries to import more than 5000 users in a user policy.

A fix has been provided to reflect correct values in both the fields as soon as user accepts AUP.

45379 – When creating users, if a valid password is not provided, the user’s UserAccountControl is set to 544

After the fix, the user will be created only when the valid password is provided which meets the criteria.

A fix is given to fetch all the data in the blank search via global admin.

A fix has been given to delete RMBs successfully after the email of RMB is updated or transferred to a different organization.

After the fix, the user will be able to download the O365 user licence allocation report for all organizations as well as single organization without any error.

47012 – MO: Teams blank search is not fetching the results

Teams were not loading in the Portal when blank search is performed, a fix has been put to rectify that.

The fix has been given to improve the performance of the OneDrive, SharePoint, and Teams activity reports.

The fix has been given to prevent error by reducing the batch size.

47762 – Misalignment caused by the special characters in the data

The fix has been given to resolve the misalignment issue in the Teams usage report due to special characters in some columns.