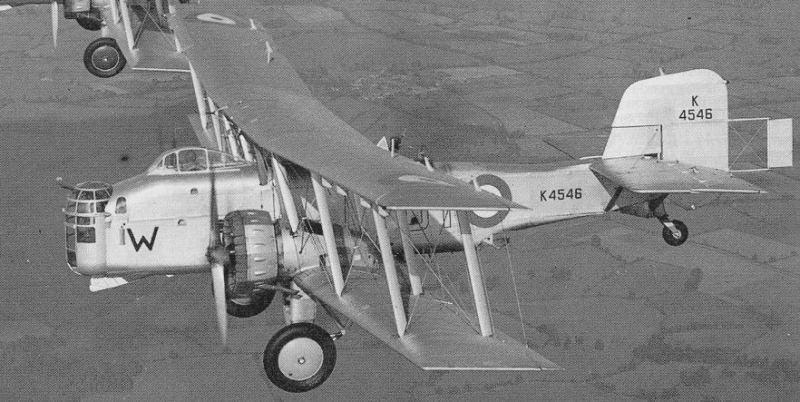 The Overstrand Portal release was implemented as planned on the evening of 16/07/2020 with new features for core NHSmail Portal functionality and bug fixes.

Scope of this PBI is to auto-unblock sites from self-registration after 1hr. Now the sites get blocked from proceeding with self-registration if the max number of invalid attempts is reached (10). When user tries to register with the same site details within 1 hr, he will be presented with a countdown clock and the site will be auto unblocked after an hour and the user will be able to proceed with the same details again.

This PBI enables the users to be able to view the domain that is being requested for Allow list and the justification in the approval dialogue box, which earlier was not present. This give users a clear visibility of the request details.

Scope of this PBI is When a LA receives an email stating that a O365 licence of theirs is about to expire, Adjust the automated licence expiry email that is sent by the portal to include the licence subscription number.

Scope of this PBI is Allowing the admin to enter notes for users/shared mailboxes/resource mailboxes in bulk. It’s not a mandatory field, the properties and validations should remain the same what we have for other notes field in the portal. Any disallowed character in the notes field would throw a form error and user will not be able to proceed without correcting it.

Teams once deleted via desktop or web app (which interacts directly with tenant),

still appear as valid on Portal

Scope of this PBI is to follow new nomenclature for mailbox aliases and display name as provided from NHSD.

Scope of this PBI is we need to ensure when the account is in disabled state in AD no further action can be performed on it. This will ensure lock/unlock job doesn’t target such accounts in AD as they’re in disabled state after delete operation via Portal

Scope of this PBI is to rename the terminologies from ‘Whitelisted’ to ‘AllowedList’ in the portal wherever it is applicable.

There’s a change to the Carousel in the home page as part of this release, which are related to NHSMail refresh and SFB.

The scope of this PBI include the following:

Refactor the SharedMailbox/GetDetails broker operation into the strategy pattern

Refactoring of the Service Layer

Refactoring of the Domain Layer

Refactoring of the controller to use the new Service Bus pattern

In this PBI the subscription for the national licence will need to be added to the production portal table, and the mappings will also need to be modified to ensure they are mapped correctly.

EXO :: Add O365 licence to user when restoring a user

As part of this PBI when an exchange online user is restored through the NHSmail portal, the user should be added into the default user policy for the organisation and have their O365 licence restored.

EXO :: Add the ability to transfer a user between user policies from User  Permissions

As part of this PBI With the migration of the NHSmail platform to Exchange Online, users will always be required to be a member of a user policy, as such a user will no longer be able to be removed from the user policy through the User Details -> Permissions -> User Policy page and instead the ability to transfer a user between user policies in this scenario will be added.

EXO :: Allow disabled & Active Leavers users to be included in a user policy

Previously, administrators of user policies were not allowed to add users in a Disabled and Active(Leaver) state. This business rule must now be changed to allow administrators to add these users.

This change would apply to both the User Policy pages as well as the User Details pages.

As part of the first iteration of the national licence implementation, NAS and non-NAS orgs were set up to use different licence types. This must now be changed so that NAS orgs also have access to the national E3 licence.

Change the creation of the PODS National Policy for NAS orgs to use the same default template as the one used for non-NAS orgs.

In this PBI the O365 Admin role should be consolidated into the Local Admin, Local Primary Admin, Global Helpdesk & Tenant Admin roles.

EXO :: Create a deployment script to set the default policy for each organisation

In this PBI Each England organisation should programmatically have a default user policy set to ensure that further changes can be made by local admins.

In this PBI with the migration of the NHSmail platform to Exchange Online, there is a number of scenarios          where an admin of the NHSmail portal would like to be able to select a user policy. These scenarios include the following:

When creating a single user

EXO :: Default teams call recording to be on

As part of this PBI In user policy when turning on the Stream application, by default the Teams Call Recording application should also be turned on.

When creating/updating a User Policy, once an appropriate base licence subscription has been selected from the dropdown (if applicable), the Stream application should be turned on by default, and subsequently the Teams call recording application should also be turned on by default. Afterwards, the administrator can choose to turn off Teams Call Recording and leave Stream enabled, or disable Stream, which would also disable Teams Call Recording as per current functionality.

In this PBI as an admin of the NHSmail portal I would like to be able to turn on Teams dial in for users through a user policy.

This PBI is to create an event driven service for actions or scheduled jobs occur in the system, this must result in an event being raised that will trigger an Azure licence reconciliation for the impacted user(s):

For the scope of this PBI only the Add user(s) to a policy event will be implemented. The other events will be done in subsequent PBIs.

For a given base licence, there is a scenario where the administrators may want to apply settings which are specific to that licence type. An example of a setting that an admin may want to apply on a base licence is the mailbox size. In this scenario, portal admins should be provided with the ability to change these settings on a User Policy for EXO users.

An organisation would like to change its default user policy, to do this they would raise a service desk ticket for a global/tenant admin to change. Scope of this PBI is to allow this change via the Organisations -> Policies tab, and the appropriate policy should be selected.

The Teams call recording setting has been applied to all users on the NHSmail platform following the roll out of Teams to support Covid-19. As a result, the implementation of setting Teams Call Recording should be amended.

Currently when activating call recording, we assign a policy and when disabling we set a Null policy, this PBI will do the opposite, and assign a null policy to enable and a non-null policy to deactivate recording.

After execution of the ‘Renew Large Mailbox Quota Limit’ hangfire job, the large mailbox quota for each organisation should be updated. Considering the current restrictions and the restriction that only users that are nationally licenced should be included when calculating the quota.

EXO :: Modify the leaver process to not remove licences

When marking a user as a leaver in the NHSmail portal, the user (on prem & EXO ) is currently removed from any user policy they may belong to, however with the migration to Exchange Online users from organisations within England/Scotland will be required to keep their licence once marked as an Active (Leaver).

As scope of this PBI When a user is transferred between organisations or joins a new organisation, the user policy that they are a member of will be updated, such that the user is added to the default user policy for their joining organisation.

EXO :: Refactor Add On Licences to apply through Licence Subscriptions

Scope of this PBI is to Modify the user policy create and edit processes and pages to allow administrators to add add-on licences to user policies to add additional functionality.

Scope of this PBI is to add a column to the mailbox report to include the mailbox location (Exchange Online or Exchange On-Premise).

Add column to position 7, after ‘MailboxType’, in report.

The Scope of this PBI is :

Refactor the ResourceMailbox/GetDetails broker operation into the strategy pattern

Validate that shared PowerShell functions continue to work with

Local admins will be moving users between user policies regularly, including single and bulk operations.  Currently, if a user is in a policy, they cannot be moved to another policy without first being removed from the policy they are in. Moving forward, local admins will be able to move users between policies by adding them to a new policy, automatically removing them from the old one.

Scope of this PBI is to Ensure that the mailbox hygiene jobs work with the refactored broker operations, this should include the following

EXO :: Remove a user’s licence when a user is deleted

This PBI includes the following scope

Trigger a licence event in which the licence service will remove the users O365 licence.

Remove the cross from the member’s box on the Edit pages. Cross can remain on the Create page.

This should only apply to Organisations in England

Pre-condition : The default policy value of the organisation should have all the add on licences and MFA licences consumed.

Expected Result: Error message should be displayed that no licences are available

EXO :Sprint 139: Regression, Planner application should be turned on by default for national policies

The planner application should be turned on by default for all national policies associated with the O365 User licence.

My Approvals page should clear pending requests older than 30 days

should clear out from this page

BAU Regression: MFA toggle is getting enabled for Non O365 orgs when the user policy

MFA toggle is getting enabled for Non O365 orgs when the user policy is edited. This aims at fixing the defect raised during sprint testing.

Sprint-130: 32923: MFA is getting dropped after assigning multiple admin roles.

Fix to make sure MFA should not get dropped after assigning multiple admin roles.

Growl message and audit is not captured when RMB is created with all fields.

Fix is to resolve the Growl message issue and audits, to make sure it works properly.

BAU Regression: Sprint 132: 36093: Colon is accepted when entered in notes

field for users, SMB and RMB.

Colon should not be allowed in notes field except for allowed characters and should show the validation message.

Able to edit the external federated group after the fix.

Sprint 134: 23493: Consumed and Available license count is not getting updated in

Consumed and Available license should get updated in O365License report whenever license is consumed or removed, which was raised as part of sprint and fixed.

Sprint 134: 33394: LastLogonDate column is not getting updated in Database.

Fix is to update LastlogonDate column is updated in DB

Fix enabled Creation of PWA without any issues/errors

Sprint 135: 37151: DisplayName in SMB edit page is duplicated with org name when

org name has ODS code in it

BAU Regression- MO- Multiple audits has been captured for a single action of Authenticate User.

BAU Regression: Audit is captured as soon as “Authenticate User” button is clicked.

O365 reports should be downloaded by GHD role.